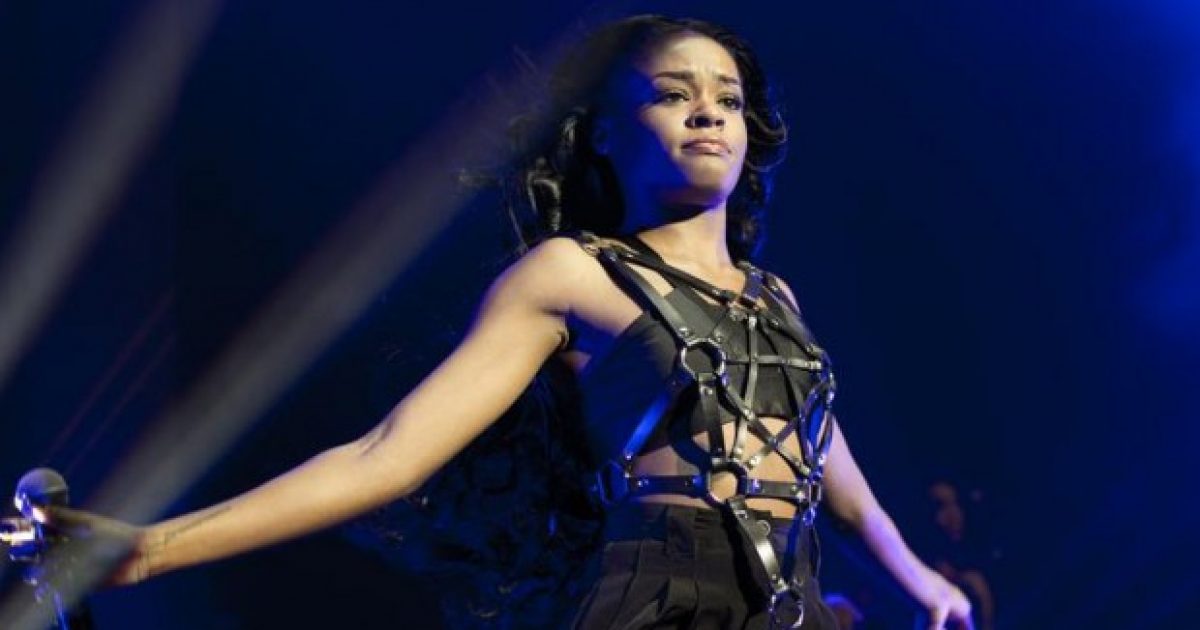 I wasn’t going to write about this because, in my naivety, I figured it would get enough attention in the media that my own comments wouldn’t be necessary. But my optimism was in vain, and the story was all but ignored, with the exception of TheBlaze and a few other more conservative outlets.

A black pop star/rapper named Azealia Banks posed for Playboy and, during the interview portion of the proceedings, went on a deranged rant against white people. She said she hates everything about America, hates white people, hates people from the middle of the country, hates white girls who work at Kmart, and wishes she could be paid reparations and then leave this nation.

Now, you might think, “well, a racist black celebrity spouting insults at white people, what else is new?” You’re right. Totally par for the course. And that’s the problem. We cannot just sit back and allow hatred and bigotry and elitist snobbery towards working class Americans to become something so totally acceptable and normal that we don’t even comment on it when it happens.

But rather than simply lecture Ms. Banks, I figured I would take her up on her proposition. I’m not usually the guy who tells people to leave the country if they don’t like it, but in this girl’s case, because she hates “everything about” this country and almost everyone in it, I really think relocation is the only feasible solution. In fact, she would be quite the hypocrite if she said these things and felt this way and still stayed here. That’s true of anyone who shares her views. It’s one thing to wish for our country to improve — I certainly share that desire — but if you hate it from an elemental level, if you hate everything about it, if you hate its history and its people and what’s left of its culture, then why in God’s name would you stick around?

In fact, I have offered in this post to pay for her plane ticket out of town. And I really will follow through on that offer if she’s interested. It’s just that, as I talk about here, she’s going to have to find a country that affords her the freedoms and opportunities and wealth she has in this one — all of which were established, fought for, and won by Americans of all races, many of them white. I don’t know if that kind of country exists outside of America, but here is where I try to figure it out: