Dear America, you’re too smart to listen to Beyonce 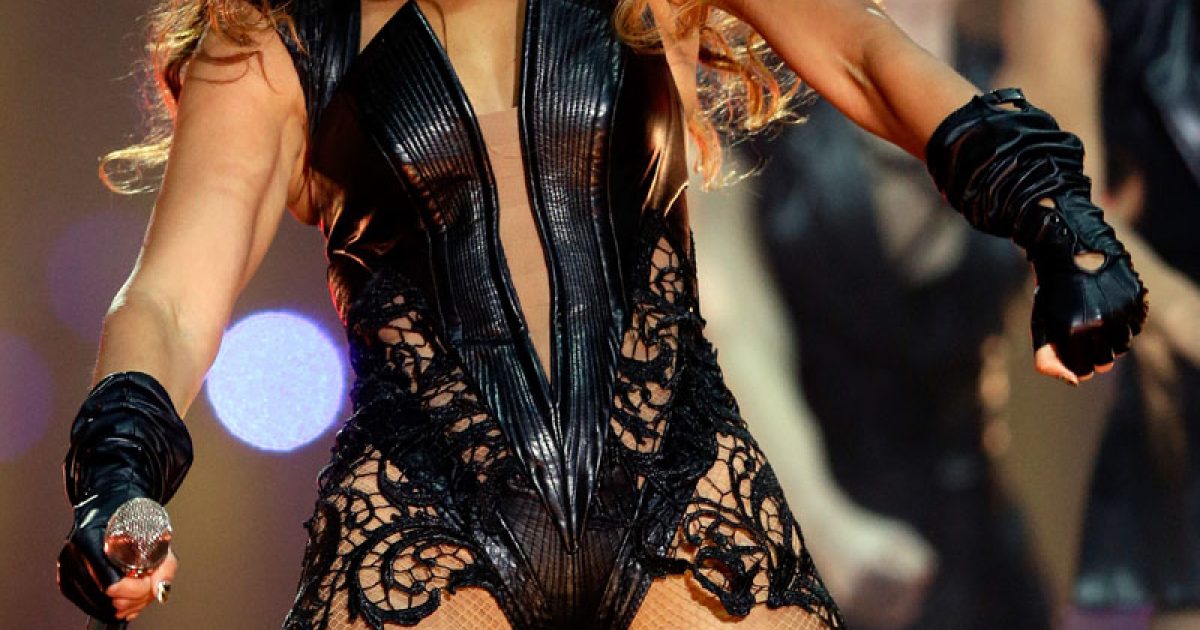 Lately, we’ve become very health conscious. We don’t want to put bad things into our bodies. We stay away from trans-fat and regular fat and gluten and sugar and red meat and ranch dressing. We don’t smoke. We even embrace laws that ban other people from smoking anywhere within 3 million square miles of us.

We’re getting into organic foods. We don’t want to ingest any chemicals (even though “chemicals” are a pretty broad category, but I know what we mean). We drink soy milk. We’re cutting out the carbs. We take our vitamins.

I’m not trying to talk us out of these habits. I think we take it a little too far, and I think we have a largely unhealthy fear of our own mortality, but at least it sometimes drives us to pass up the processed foods and go for a jog.

Fantastic. I’m proud of us.

Now, why don’t we take it a step further? We are, after all, human beings. Our bodies are more than just physical entities. We have minds, we have souls; we have identities that transcend mere skin and blood and bones. At the core of our being is something intangible and eternal. Our core cannot gain weight or develop a gluten intolerance, but it is still vulnerable to whatever we feed it.

Maybe it’s time we start being a little more discerning about those things — the things we put into our minds and souls. For all the energy we spend monitoring our waistlines and cholesterol levels, perhaps we should make a small effort to guard the spirit contained inside these mortal vessels of ours.

Why is it called “Partition”? Well, because the singer offers a profound insight into the ways in which modern humans — though subscribing to a largely collectivist philosophy, and even spending much of our days congregated in close quarters with one another in our schools and our places of employment  — still erect barriers (partitions, if you will) which render meaningful communication and intimate human connections impossible.

It’s actually called “Partition” because she asks the driver to raise the partition before she performs oral sex in the back of the limo.

Truly poetic, but perhaps not quite as romantic and imaginative as the lyrics to her song “Drunk in Love.” That’s the one she performed at the Grammy’s, while desperately overcompensating for a lack of artistic ability by writhing and thrusting and sexually degrading herself.

Here’s a quick look at a snippet of that masterpiece:

We woke up in the kitchen saying,
“How the hell did this sh-t happen?”
Oh baby, drunk in love we be all night
Last thing I remember is our beautiful bodies grinding up in the club

…No complaints from my body, so fluorescent under these lights
Boy, I’m drinking,
Park it in my lot 7-11
I’m rubbing on it, rub-rubbing, if you scared, call that reverend

That’s the general impression I come away with anytime I get a whiff of most modern pop music. Not only are these people sex-obsessed, but they aren’t nearly smart enough or clever enough to be subtle about it.

And that’s what leads me to my point, America.

These songs are obviously hypersexual. But, honestly, my greater concern is the fact that they’re hyperstupid.

So stupid that it makes you stupid when you come in contact with it. It renders you stupid by proxy. Secondhand stupid.

This is the only reason why I’m hesitant to jump on the Miley Cyrus/Beyonce/Katy Perry/whoever outrage bandwagon. We act as though these people are artist provocateurs; intentionally jabbing at society’s taboos in order to make a bold, anarchic statement.

But Picasso they ain’t.

These pop-products have no vision. They have no critique to levy or declaration to make. They’re empty shells. They’re carefully constructed corporate constructions, singing and behaving with the wisdom and maturity of 7th graders because that’s what sells.

I know I’m not the first person to call this music stupid. But I want you to know, America, that I don’t say it as some generic insult. I want you to really reflect on this. This nonsense lessens you. It eats away at the creative capacities in your mind. It poisons your head with a deadening fog.

Worst of all: it makes us less capable of appreciating real beauty and feeling real joy.

Beauty. Remember beauty? Remember joy? There is no room for beauty and joy in a mind that’s filled with songs about women performing oral sex in the back of a limo.

We are humans. Art speaks to us. Art matters. Nowadays, we like to put a utilitarian, materialist spin on music (and movies and TV). We say, “well it’s just a song — what’s the big deal?” Yes, and the Pieta is just a hunk of marble. Yet, through the great mystery of art, emanating from that chunk of rock is something so filled with beauty and pain, tragedy and triumphant, that it could easily reduce you to tears — tears of joy and sadness, all at once.

And those audio vibrations comprising that “just a song” communicate something to us. We are changed by it. We are impacted. And, in this case, what exactly is impacting us? Clumsy, juvenile lyrics, pathetically overt sexuality, and unadulterated stupidity.

You know, it is possible to communicate love and sensuality in a way that’s perhaps a bit more eloquent than “oh baby, drunk in love we be all night.”

Here’s an example. This is the excerpt from the Song of Solomon that we read at our wedding:

Hark! my lover–here he comes
springing across the mountains,
leaping across the hills.
My lover is like a gazelle
or a young stag.
Here he stands behind our wall,
gazing through the windows,
peering through the lattices.
My lover speaks; he says to me,
“Arise, my beloved, my dove, my beautiful one, and come!
“O my dove in the clefts of the rock,
in the secret recesses of the cliff,
Let me see you,
let me hear your voice,
for your voice is sweet,
and you are lovely.”
My lover belongs to me and I to him.
He says to me:
“Set me as a seal on your heart,
as a seal on your arm;
For stern as death is love,
relentless as the nether world is devotion;
its flames are a blazing fire.
Deep waters cannot quench love,
nor floods sweep it away.”

Chilling. Powerful. Love and death brought together. The pain of it, the finality of it. Incredible.

Now compare that to how Beyonce tackles the subject:

No complaints from my body, so fluorescent under these lights
Boy, I’m drinking,
Park it in my lot 7-11
I’m rubbing on it, rub-rubbing, if you scared, call that reverend

We’re too good for this, America. We’re too smart.

Let’s stop listening to it.

Thanks for your attention to this matter.