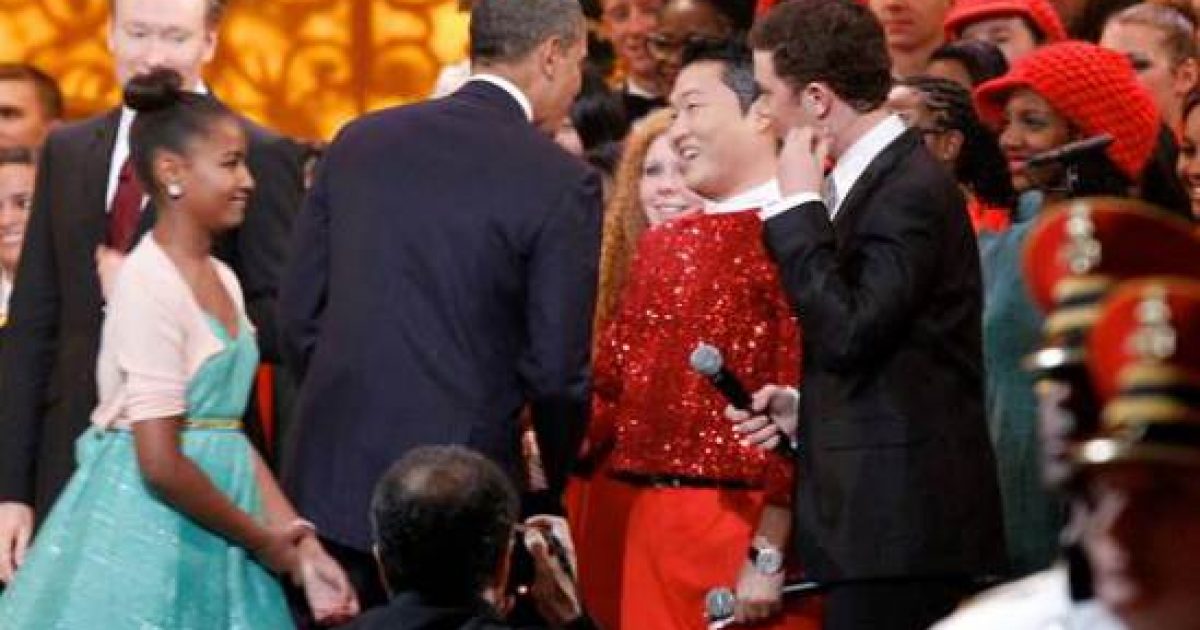 The chunky Korean dude who made “Gangnam Style” (which has almost a billion hits on Youtube even though the song isn’t even mildly entertaining or amusing) was still allowed to perform for the president during the Christmas in Washington concert. This, in spite of the fact that he apparently made a few songs back in ’02 where he rapped about killing Americans, specifically American women and children.

To be clear, I don’t think he should be kicked off the venue because of his controversial lyrics.

I think he never should have been put on to begin with because he’s a boring uninteresting hack who represents the rapid decline of the collective American IQ and the mob mentality idiocy that makes celebrities of people who possess no discernible talent or ability. In times past a guy like this would have been summarily executed by the secret service if he tried to run up on stage and gyrate like a desperate clown in front of the President of the United States. Now he’s an honored guest.

Of course back in those days someone like Kim Kardashian would be an opium smoking gypsy living in an obscure mid-western commune. Now she’s an international millionaire philanthropist. And a show like “Buckwild” on MTV would be such a disastrous flop that it would surely end the careers of everyone involved. Now it’s the next big reality TV phenomenon. And a book like 50 Shades of Grey would be burned in a giant bonfire not for being provocative but for being absolutely retarded. Now it’s hailed as a modern literary classic.

So that’s the world we live in which explains why Mr. PSY was invited to perform for the leader of the free world and it took him singing about murdering children for anyone to question the whole situation.

Seriously, God please bless us. Specifically with a brain and some semblance of artistic taste.