Christian-hating liberal fascists have once again demonstrated their ‘tolerance’ 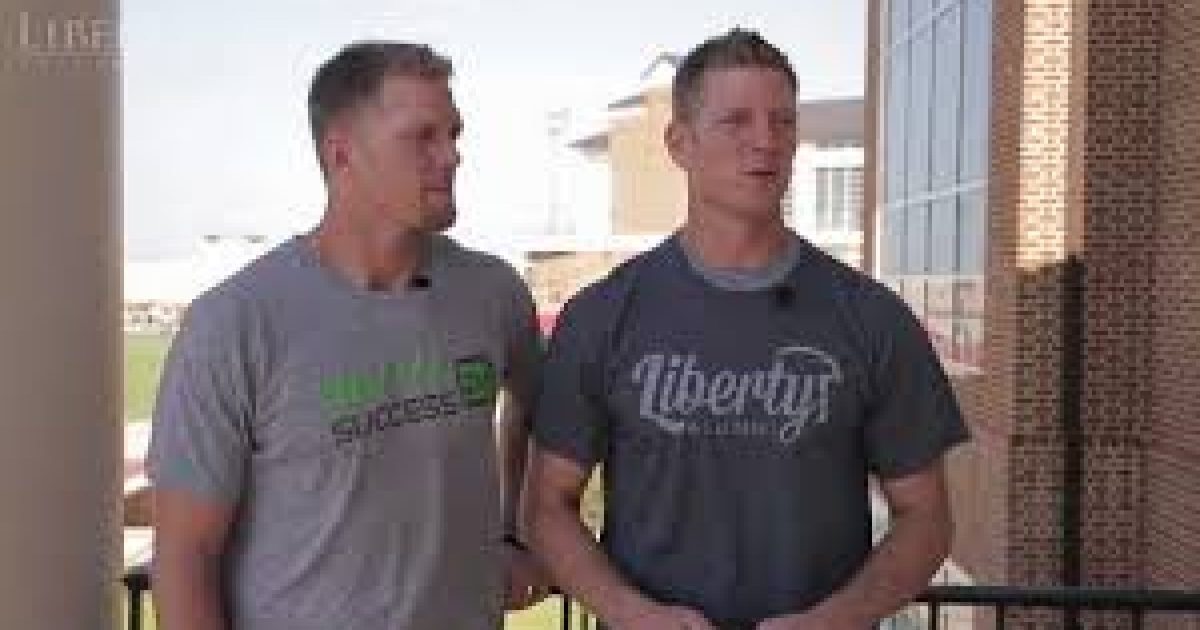 They’re at it again.

The Fascist assault on speech continues.

This time, HGTV has decided to drop a planned reality show starring two brothers named Jason and David Benham. The show would have centered around the Benhams fixing up dilapidated houses for families in need. A worthy cause, a wholesome idea, a show that might do some good in the world. But it had to be shutdown because deep, dark secrets have been revealed about the dastardly Benham brothers.

What are those secrets?

Well, it isn’t really a secret at all — the Benham brothers are outspoken Christians.

To give you an idea of some of the ‘horrible’ things these men have said, here’s an excerpt from a radio interview with David Benham:

“We don’t realize that, okay, if 87 percent of Americans are Christians and yet we have abortion on demand, we have no-fault divorce, we have pornography and perversion, we have a homosexuality and its agenda that is attacking the nation, we have adultery. We even have allowed demonic ideologies to take our universities and our public school systems while the church sits silent and just builds big churches.”

Not only is he 100 percent correct in everything that he said, but he helpfully exposed one of the great ironies of our time: if you mention the ‘gay agenda,’ the gay agenda will prove there is no gay agenda by having you fired for mentioning the gay agenda.

The network happily and immediately complied.

This is the same channel that thinks it’s appropriate to use an American flag as a tablecloth, but apparently they draw the line of decency at faithful Christians helping people fix their houses.

The Benham Brothers are, by all appearances, good and decent men. They are adamantly pro-life, they are open about their faith, and they hold the same view of marriage that the majority of human civilization holds and has held throughout history. Incidentally, that’s even the same view that Barack Obama professed, up until a couple of years ago, when he suddenly changed his mind because he wanted GLAAD to pat him on his head and give him a cookie.

You’ll hear the media try to spin this as a decision made after ‘fan backlash.’ But no such backlash existed. This show hadn’t even aired yet. Unless you are a very dedicated viewer of Home and Garden network, you probably aren’t closely tracking what pilots they plan to launch in 5 month. The 17 fans of HGTV didn’t even have an opportunity to be upset about a show where Christian men build houses for poor people. No, this ‘backlash’ came mostly from one liberal, anti-free speech site called “Right Wing Watch.” I won’t link to it here. I know they would love to have some of my web traffic, but I’d rather not oblige.

Suffice it to say that a handful of extreme leftwing propaganda sites — ones that nobody reads and nobody cares about — put pressure on HGTV to cancel a show because the hosts of the show are Christian. HGTV gave into their demands without even the slightest hesitation.

This is how it works now.

And this is why I feel it necessary to remind you:

Forget what the polls say. Forget what the media tells you. Forget Hollywood. Forget Twitter trends. Forget the politicians, the interest groups, the lobbyists. Forget all of it. They lie. What they project is a distortion, an illusion, a mirage. We are not what they make us out to be. America is not the country they want it to be.

The truth — the TRUTH — is that America is still mostly Christian, and most Christians disapprove of killing babies, and strongly believe that the institution of marriage cannot be changed, altered, and modified to make room for modern ideological fads.

These are the convictions of the majority. There are more of us than there are of them. How else do you think I got 40 million hits on this blog in the span of just a few months? I’m not some kind of brilliant writer or fascinating character. I’m just a schlub with a keyboard. My ‘secret formula’ is that I try to give voice to the many.

Why do you think that only conservative talk radio shows are successful? Why is that the liberal cable news channels can’t seem to get any viewers?

Because most people don’t want to hear it. They don’t want to be lied to. They have no interest in listening to a bunch of politically correct, bigoted, mewing, leftwing carnival barkers. Still, the leftwing fascists get their way — like they got their way with HGTV, and with Mozilla, and briefly with Duck Dynasty, etc —  because, although they are outnumbered, they are the Elite. They are academia, the media, Hollywood. They control the White House and much of the government. They have power, and worse than their power, they have no ethical standards. They will not argue with you; they will just shut you down. They will not engage you; they will destroy you. They are afraid of opposing ideas, so they lash out with vitriol and hatred. They are not progressive — there is no ‘progress’ in their ideology. They are fascists. They follow the same playbook as many of the 20th century’s most prolific tyrants.

I call them Fascists because that is what they are, by definition.

That’s how they operate. And so often they win, because so often the rest of us cower in corners, afraid of the scorn, the mockery, the ridicule, the loss of money and reputation that these slave driving Stalinists might bring upon us.

They tell us that ‘free speech’ is not at issue, because it isn’t the government shutting down the Benham brothers, or Brendan Eich, or whoever else. But free speech, as they well know, is more than just a matter of legality. It’s a principle. It’s the belief that, in a free country, men and women should be able to express their ideas, and that expression should be welcomed and celebrated. The First Amendment is meaningless if we observe it only by the letter and not the spirit (and we don’t even observe it by the letter — just ask the florists and photographers being legally forced to sell their services for gay weddings).

If we really wanted to punish the film and TV industry for employing disreputable characters, I’m not sure why we’d start with a couple of dudes who want to renovate old homes, instead of going after, say, Woody Allen. Woody Allen is a crusty old liberal, alleged child rapist, pervert who married his own adopted daughter. And he’s beloved in pop culture. Nobody boycotts his movies, or the production company, or the theaters that show his films.

Roman Polanski drugged and raped a child and then fled the country to avoid prosecution. He’s also a darling of movie critics and the Hollywood liberal elite.

Eddie Murphy likes to troll street corners for transvestite hookers, yet he still gets roles in children’s movies.

Several women have accused Bill Clinton of rape — not just affairs, rape — but he’s a hero to the left.

Sean Penn, Michael Moore, and Oliver Stone were BFFs with Hugo Chavez, a murderous socialist tyrant. But they never seem to get the Benham brothers or Brendan Eich treatment.

Mike Tyson was actually convicted of rape, but that certainly doesn’t mean he can’t get hilarious and quirky cameos in big budget Hollywood comedies.

The point is, you turn on the TV or crank up the Pandora and you’re going to be watching or listening to a stream of deviants, junkies, rapists, pedophiles, adulterers, and crooks, yet we don’t bat an eye until someone quotes the Bible or endorses traditional marriage.

Amidst a sea of perversity and violence, the only thing the fascists seek to punish is the reasonable expression of Christian beliefs.

In a country of filth, the only thing you can’t be is pro-life and pro-marriage.

Enough of this, already.

It’s time to stop playing nice with these people.