Chivalry is out of style 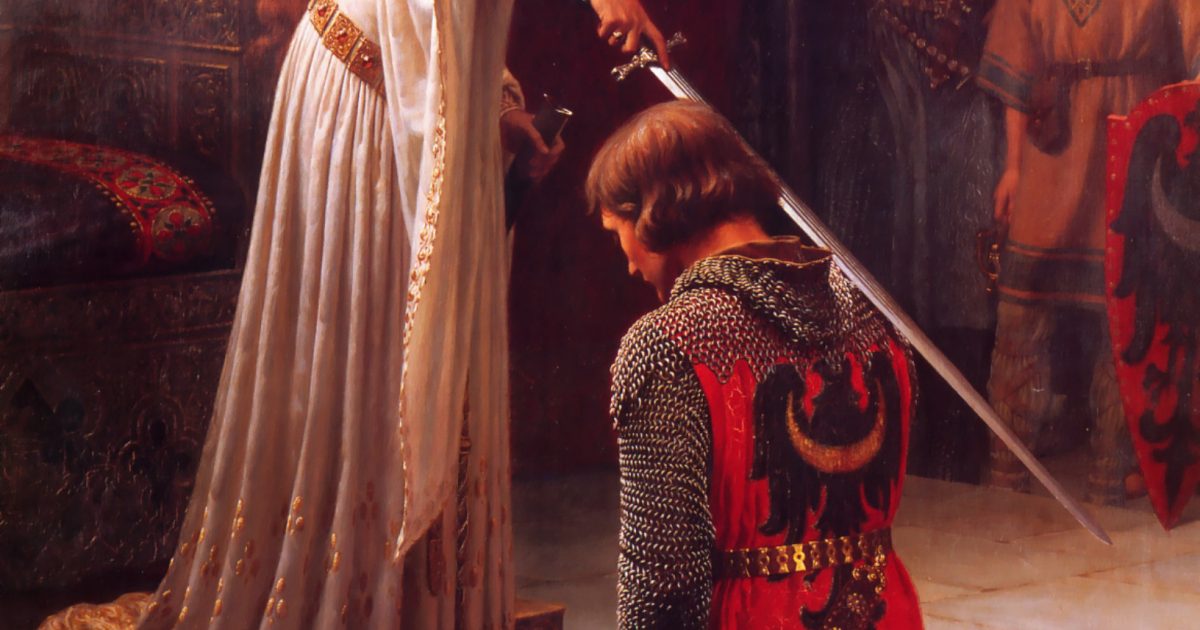 This past Christmas Eve, I went to church with my wife, my sister, and my brother-in-law. We arrived a half hour early, which was a half hour too late. All of the seats were taken, and even the standing room in the back was filling quickly.

The four of us were able to carve out a spot to stand near the rear of the church. My wife and I have twin babies, and my sister had just given birth to her first child a week or two before. As we set up shop in the back, I thought to myself: “Well, we’ve got a young woman with a newborn and another woman with twins; surely a couple of the many men already sitting will jump up to offer their seats to my wife and sister. Nick and I can stand for the whole service, but there’s no reason why our wives should.” But my delusions were quickly interrupted by the harsh reality. As I looked around, I saw dozens of other women standing alongside us — many of them with kids in tow.

Maybe the hundreds of gentlemen in the pews just haven’t… noticed?

A few minutes later, I had to run to the car to get the diaper bag we’d left in the backseat. When I returned, my wife and sister were sitting in the pews.

For the time being, anyway.

I later found out that Beth and Alissa only ended up in seats because they were approached by two other women who offered to make room for them.

I wasn’t going to write about this incident. I didn’t want to put a damper on the Christmas festivities. Then, this morning, I read about a recent survey, which came to the unsurprising conclusion that men are increasingly abandoning chivalrous customs. For their part, women are now more likely to be the ones committing certain acts of chivalry.

Our experience at church came rushing back into my mind.

I guess we need to talk about chivalry.

I can’t convince you that it’s cool or modern, but maybe I can show you why it’s important and necessary.

The study suggests that men who forgo chivalry often do so because they’re afraid that being gentlemen might seem “offensive” to some women. Meanwhile, only a small fraction of women actually report being offended by chivalrous deeds. Regardless, that is a flimsy and embarrassing excuse. If a woman is either pretentious or paranoid enough to take a kind gesture as an attack against her womanly identity, that’s her problem. Most, thankfully, are not nearly so confused. If they are, that isn’t our concern. We should do the right thing because it is the right thing; not because we’ve made a prediction as to how it will be received. If you have direct knowledge that a particular female is often quite horrified when car doors are opened for her or seats are offered to her on the subway, then I suppose you should respect her wishes — as ridiculous as they might be. But men are now dumping chivalry entirely, under the supposed assumption that ALL women take great offense to it. This can’t be justified. And, I suspect, it’s simply another thinly veiled excuse to be lazy, self-centered, and apathetic.

So, what about this chivalry thing? It’s true, I admit, that the whole shtick is horribly out of style. Then again, we live in a culture where “what’s in style” seems to change every three months, and the designations of “in” and “out” are completely contrived, shallow, and meaningless. Saying something is “in style” only means that “this is what people happen to be doing now.” Why are they doing it? Because they are. Why aren’t they doing the things they aren’t doing? Because they aren’t. And around we go in circles, spinning down the nihilistic drain.

Chivalry, on the other hand, had a POINT. And the point was deep and substantive. It was a point that rested on an understanding of human nature, and an earnest desire to battle our basest instincts. The point was never “subjugation of women” or “male dominance.” Quite the opposite, in fact. The point was love, and sacrifice, and service. The point was to make a statement that we are not beasts; we are not mere products of dog-eat-dog evolution. We will not live in a world where just the physically strongest survive. Women can only be slaves in a world like that, as history has proven many times.

The rejection of chivalry, on the other hand, is pointless because the rejecters don’t even understand what they’re rejecting. As usual.

Chivalry, as a word and a concept, has a long history, reaching back to the time of knights, feudal warfare, and the Truce of God. The latter was an attempt by the Church to curb and contain the violence and brutality of the Medieval Age. The meaning of “chivalry” has evolved, but its roots can be found in the oath that Crusader knights were made to take as part of their consecration, or “dubbing”. A knight swore “to defend to his uttermost the weak, the orphan, the widow and the oppressed; he should be courteous, and women should receive his especial care”.

Knights could use their strength and wealth to dominate and oppress, but they were called to utilize it in the opposite direction. They were called to do with their power what Christ did with His. They were called to love in the manner described by Paul in Ephesians 5. That’s chivalry. We might not wear suits of armor anymore (unfortunately), but there’s nothing suddenly irrelevant or unnecessary about the spirit of chivalry.

Other phrases and traditions have, over time, become associated with the chivalrous code. You might think of the sinking of the Titanic and “women and children first.” Actually, the first known application of this evacuation strategy occurred in the mid-1800’s, with the HMS Birkenhead shipwreck. After the ship hit a rock and began to sink, the women and children were ushered to the few usable liferafts. It wasn’t until she broke in two that the captain told the men to abandon ship and swim for the boats. But the Lieutenant-Colonel on board realized that the women and children would likely drown if all the men swamped the liferafts. He yelled for the men to stay put and go down with the ship. They did. Almost all of them. Few survived.

Luckily, unless you plan to go on a voyage on a 19th century frigate this spring, you’ll likely never be called to give your life for the sake of chivalry. This is probably a good thing, seeing as how most of us won’t even give up our seat at church for it.

I said that chivalry — unlike the anti-chivalry movement — had a point. This is it. Chivalry calls for the strongest to serve and honor the weakest, realizing that the other option is for the strongest to dominate and abuse the weakest. Chivalry is one of the things that separates us from gorillas and wolves and rats. We, as chivalrous men, are called to use our strength in service to women, children, the infirm, and the elderly.

If we adopt an “every man and woman for him/herself” then no woman will ever escape a sinking ship again. The men could quite easily shove the women aside, jump on the lifeboats, and get outta Dodge.

You might think this irrelevant because you’ll probably never be in a floundering sea craft or a burning building, but I disagree. I think the whole world is sinking and on fire, and it’s been this way since the Fall of Man. And as things go bad, the weakest are the most exposed and vulnerable. That is, unless the strongest choose to stand fast and take the brunt of the storms that come.

In the mean time, as a routine matter, chivalry is still essential. Men should carry bags, and hold doors, and pull out chairs, and offer seats to women, not because women are incapable of standing or opening their own doors, but because of what these acts represent — what they say. And what they say is simple: “I am bigger and stronger than you, but I will use my strength to honor you and protect you. I will not hurt you. I will not take advantage of you. I will humble myself before you and serve you.”

Ask yourself: is it better that we live in a society where men are dedicated to using their physical superiority for good, even if the good is something as small as carrying a grocery bag or opening a door? If your answer is yes, then you should see the importance of chivalry.

If you answer “no,” then, well, I’m not sure where to go from here. You and I live in different universes.

And to men I ask this: what sort of man do you want to be? When you — assuming you are healthy and capable — sit as women stand, you have made a choice. That choice does not occur in a vacuum. You are now not just a man who sat while women stood, you are the sort of man who would sit as women stand. That wouldn’t look good on your Match.com profile, and it doesn’t bode well for society.