If You Call This a ‘Muslim Ban,’ You Are a Shameless Liar 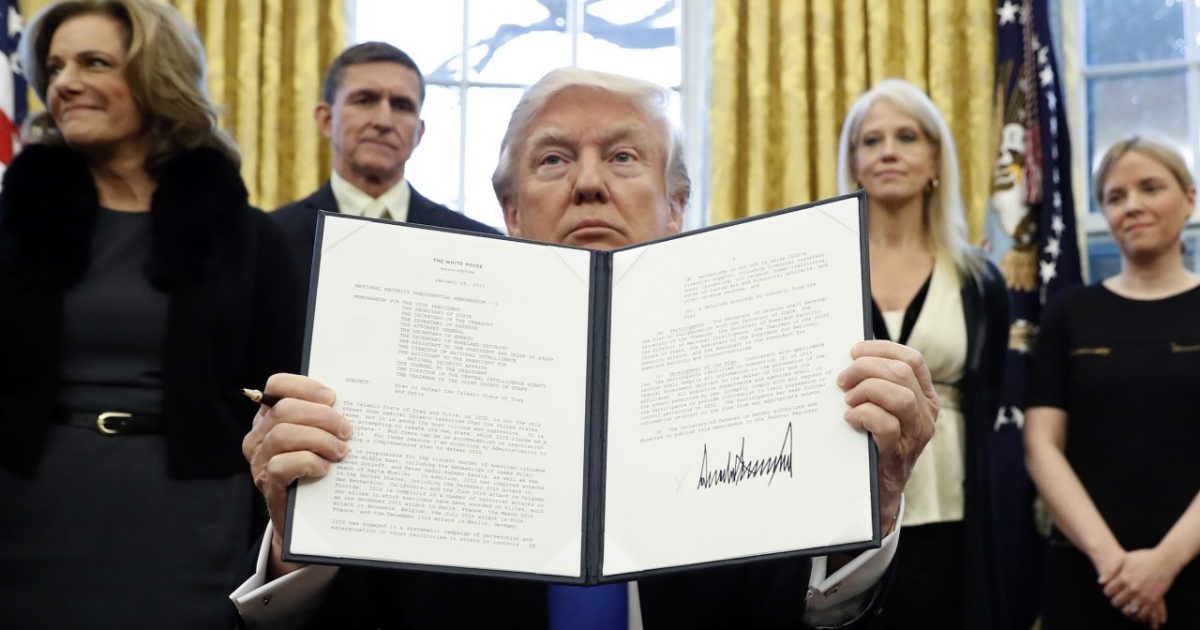 I’m not going to bother with an in depth breakdown of Trump’s Executive Order on immigration. Plenty of those have already been written, and a few of them are even accurate (examples: here and here). I have only a few random points that need to be emphasized:

I wasn’t able to pay very close attention to the news this weekend, so I witnessed the hysterical meltdown over the Executive Order before I’d had a chance to read the actual text (a step that 98 percent of the protesters have clearly not taken). From the way the Left went into full meltdown mode, you’d think that Trump took some kind of extreme, incredible, unthinkable step. That is, you might come to that conclusion if you hadn’t noticed that the Left is now in a state of perpetual nuclear meltdown. The Fukushima meltdown went on for three days; the Left’s own nuclear meltdown is sure to outlast that by a factor of a thousand.

Trump’s action here is certainly more than Obama ever did or ever would do, but it’s not entirely unprecedented even by Obama’s standards. As has been pointed out many times since Friday, Obama put a temporary hold on the Iraqi refugee program for 6 months back in 2011. If you happened to be in an airport after Obama signed that order, you may have noticed the complete lack of protesting going on. On second thought, you probably would not have noticed because, back in those ancient times, you never would have expected to see a national panic over a reasonable measure meant to ensure that terrorists aren’t entering the country. But those were also the days when Obama could assassinate US citizens without the Left uttering a word or protest. They were more easy going back then, it seems. I wonder why?

Anyway, yes, Trump’s order goes beyond Obama’s. Trump is putting a hold on the Syrian refugee program until the process can be revamped and security measures are put in place. He’s also suspending all refugee admissions for just 4 months. And he is temporarily preventing the citizens of 7 terrorists hot spots from entering the United States. Those hot spots are: Iraq, Syria, Iran, Libya, Somalia, Sudan, and Yemen. It should be noted that Trump did not single out those countries by name in his Executive Order. He simply adopted the Obama Administration’s list of “countries of concern.” It was Obama who highlighted them initially. Trump just took the next logical step.

If these measures seem radical, they only seem radical to us because we’d grown accustomed to a president who did very little to protect national security and sovereignty. Indeed, we’d grown accustomed to a president who, infamously, couldn’t even bring himself to verbally acknowledge Islamic terrorism. Compared to that, yes, what Trump has done here is absolutely shocking. Looked at objectively, however, it’s honestly not that radical. It’s not a big deal at all, really. It’s a sensible first step towards ensuring that American citizens are better protected from the violence and chaos overseas.

What would these protesters have us do, anyway? Somalia, Syria, Libya — these are failed states. They’re literal breeding grounds for terrorism. They’re like an assembly line for mass murdering zealots. These are some of the most dangerous places on Earth. Nobody is saying that we should never again admit anyone from this region of the world, but it seems enormously sensible to take a brief and temporary pause to assess how we admit them.

Should we not even do that much? Really?