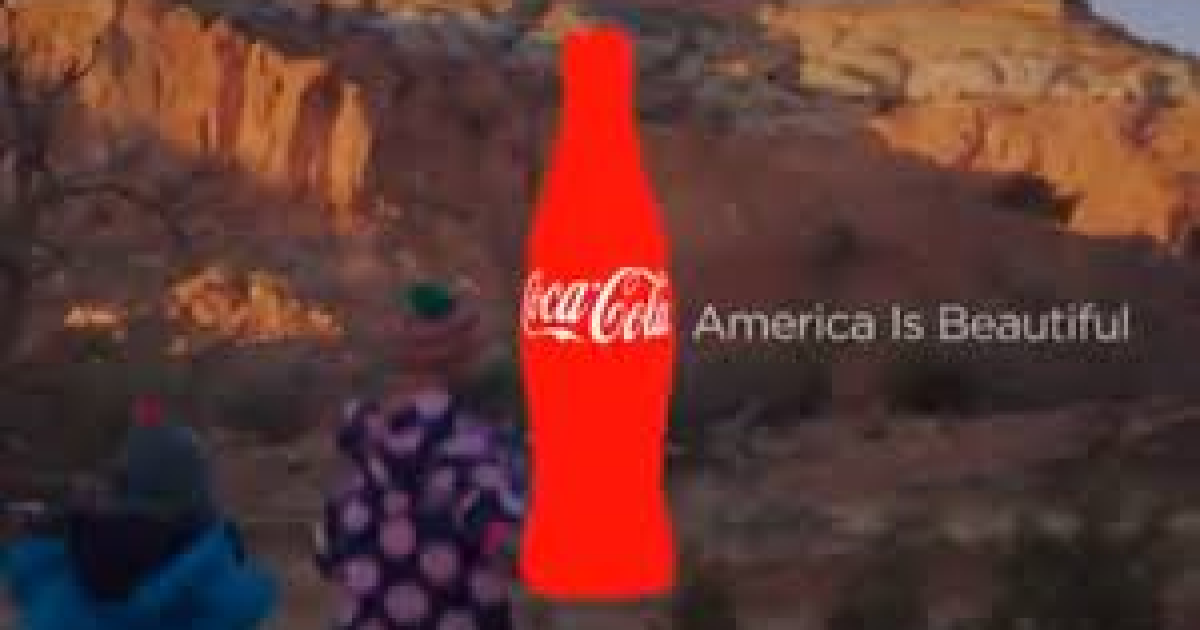 I think I will recover. I hope I will recover, but I can’t be sure. It’s still so raw. The wound is deep; penetrating down into the very core of my soul. I am bewildered.

I can remember the moments leading up to the tragedy: I was sitting on the couch with my wife, watching the Annual Commercial Marathon on Fox (interspersed with brief clips of noncompetitive football). Everything was going quite well. You had Budweiser using puppies to sell beer to grown men, Bob Dylan solidifying his anti-commercialism credentials by delivering a patriotic pitch for Chrysler (a fully owned subsidiary of an Italian car company), and Axe trying to market body spray by making a plea for world peace. These advertisers were playing my heartstrings like a violin, and I was falling in love with every product they tossed in my direction.

It was a wonderful night. And then… then IT happened.

The Coke advertisement. Dear God — the Coke advertisement. It started out alright: some girl singing America the Beautiful while beautiful images of America flashed across the screen. But things went downhill fast. Suddenly, other people started singing the song in other languages. It was awful. I was furious. They were speaking in, like, Asian and Australian and stuff. Utterly horrifying. I told my wife to cover the children’s ears.

Out of nowhere, graphic depictions of other cultures and skin colors infested my TV screen. There was a brown one and, like, a Mexican guy or something.

I couldn’t stand it. Enraged, I grabbed my shotgun and blew a hole through the television. My wife could only weep, and through her tears she thanked me for saving her from the terrifying onslaught of multi-culturalism.

And that’s exactly what happened… in the fantasies of left-wing bloggers and journalists.

In the real world, I saw that commercial and reacted in a way similar to almost all of my fellow right-wing conservatives: I yawned and went to the kitchen for another beer. Then I proceeded on with my evening, not caring one way or another about Coca-Cola’s contrived marketing tactics. Admittedly, I have long since vowed to never drink Coke, but that’s only because I dislike diabetes, not because I’m upset about foreigners singing patriotic hymns.

So imagine my surprise when I went on the internet after the game to see social media abuzz over the “right wing backlash against Coca-Cola.”

Some of the headlines:

Funny thing: these stories started popping up within minutes of the ad airing.

Meanwhile, I’m on Twitter as much as the next guy, and I didn’t see anyone complain about the ad. I’m connected with 120 thousand folks on Facebook, and none of them seemed too concerned. I checked the #SpeakAmerican and #BoycottCoke hashtags, and I saw nothing but a bunch of people defending the ad and lambasting the “racists” who were “offended” by it.

So where was the backlash? If people are lashing back at things, I want in. I’m always up for a good backlash, but I just couldn’t find it.

Most of the stories about the phantom “firestorm” cite comments from Alan West and Fox News’ Todd Starnes. As far as notable public figures go, that’s it. Two guys.

Two guys can constitute a STORM OF FIERCE OUTRAGE, apparently.

Someone over at Breitbart wrote a short post calling the spot “offensive,” but it’s hard to find any “racism” in anything he said. It was a rather even-keeled reflection about the true nature of American unity. He raised some fine points, but nothing very noteworthy. Certainly nothing that screamed “FIRESTORM” or “OUTRAGE.”

But they aren’t the only ones who complained. The Mediaite piece quotes some fellows by the name of Kip DiEugenio, Chase Floyd, and The Kevin. All three of them expressed disgust at Coca-Cola for having foreigners sing America the Beautiful. All of three of them also have about 350 Twitter followers. Total.

Actually, I think two are kids, but I don’t know. Nobody knows. Nobody knows them. That’s the point. They’re just random people spouting rhetoric on Twitter. And yet they are used by a major online news website to prove a “racist backlash.”

I’ve actually seen a woman who goes by “Alexander C” quoted in multiple publications, including USA Today. She has around 400 followers.

There’s nothing wrong with being some person. But are these people newsworthy? If you can find a handful of teenagers babbling about something on Twitter, should that make headlines?

It’s all so controversial.

Last night, flabbergasted liberals railed against the “bigots” who started the “BoycottCoke” hashtag on Twitter. But, in a humorous plot twist, #BoycottCoke began with gay rights groups a few weeks ago, in response to Coke’s sponsorship of the Winter Olympic Games.

Now gay rights groups are celebrating Coke. They can’t even keep their own outrage/adulation ratio straight.

Of course, this is all very familiar.

You may remember the bi-racial Cheerio’s ad that caused an imaginary “backlash” of its own. If you follow the link I provided, you’ll find a New York Daily News article that reports an epidemic of racists “lashing out” at the commercial. They offer no evidence of this, other than mentioning “disturbing” YouTube comments.

Yes, New York Daily News, they’re Youtube comments. I’ve never seen one that isn’t disturbing. You could probably find racist, violent, Satanic ramblings under kitten videos. This is the internet, that’s what people do here. It might have made for a compelling headline 17 years ago, but unfortunately there’s nothing too peculiar about it anymore.

Last year, an Indian woman was crowned Miss America. Immediately, cyberspace was embroiled in a backlash against a backlash that consisted primarily of 14 year olds on Twitter incoherently ranting about the horrors of a brown skinned person winning a beauty pageant.

And, while a few dozen nincompoops accused Ms. New York of being a terrorist, most Americans didn’t even know the Miss America pageant happened, and couldn’t care less who won or lost.

Just as most of us couldn’t care less about a Cheerio’s ad or a Coke commercial.

These are not news items.

These are not events.

These are fables, bolstered by a collection of convenient anecdotes.

But if all conservatives can be painted with the “gets upset about multi-cultural soda commercials” brush — based solely on the comments of a very select few — I wonder what would happen if I used the same tactic? What sort of “outrages” and “firestorms” can I conjure?

This morning, I went to Twitter and typed  in the phrase “I hate nuns.” Apparently, according to my cherry-picked results, there is a veritable LEFT-WING BACKLASH AGAINST NUNS taking place:

It's so wrong how much I hate nuns, but something just makes me want to literally jump into a pit of lions when they speak.

As if this isn’t bad enough, I searched for “I want to kill puppies” and, well, let’s just say PETA better take note:

I WANT TO KILL PUPPIES WHEN PEOPLE USE THE WRONG FORM OF THEIR, THERE, THEY'RE

Someone alert Mediaite. Someone call The Daily Mail. Get on the horn with Talking Points Memo.

I typed a random phrase into the internet and found random people using that very same phrase. Call a press conference! The public must know!

This is called “journalism,” everyone.

It’s the sort of journalism that killed journalism.

But journalism died a long time ago, so I suppose I’m not reporting any news here, either.