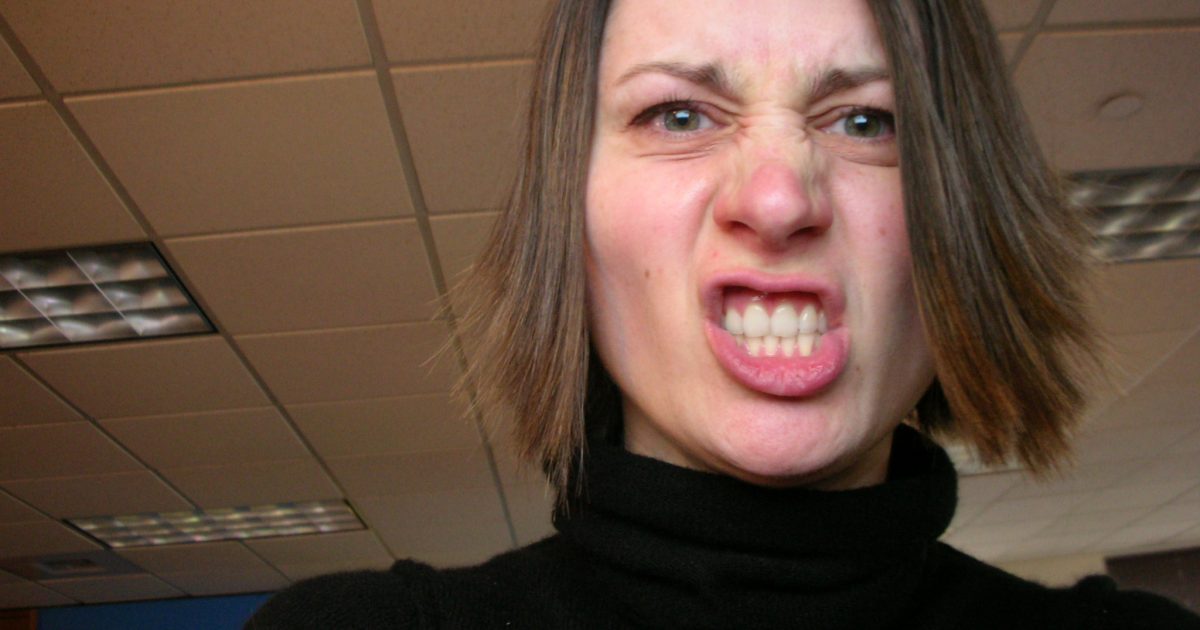 If I were to name the four most irritating things on planet Earth, the list would look something like this (in no particular order):

-The modern leftist obsession with manipulating language, subjectivizing words, arbitrarily declaring certain terms to be offensive/racist/sexist/homophobic, and then working to ban them, stigmatize them, and bully everyone else into adopting their interpretations of these newly vulgar phrases.

-The modern leftist obsession with creating cultural problems where they don’t exist, ignoring them where they do, and using completely fabricated statistical data to steer the conversation in their favor.

-The modern leftist obsession with encouraging self-esteem in our kids even to the point of embracing and excusing arrogance and self-absorption.

Now imagine the sudden onset migraine I’m experiencing after coming across a news story that incorporates at least three of the items on this list, all at once.

Sheryl Sandberg, a Facebook executive, has partnered with the likes of the Girl Scouts, Condoleezza Rice, Beyoncé, Jennifer Gardner, and Google to promote the “Ban Bossy” campaign. Calling it the new “B-word,” Ms. Sandberg claims that women — especially young girls — are typically dismissed as “bossy” when they attempt to take charge and assert themselves, whereas men and boys are praised as leaders.

She says that “bossy” has a specifically female connotation, and the word is partly responsible for holding women back and making them feel timid and self-conscience.

Now, as much as I appreciate Ms. Sandberg, Beyoncé, and the Girl Scouts chiming in to tell us all what we mean when we say things (kind of bossy of them, actually), I still prefer to consult the dictionary on these matters.

According to that old misogynistic book of lies, bossy means “given to ordering people around, highhanded, domineering, overly authoritative, dictatorial, abrasive.”

Hmmm. Could it be that girls are called bossy when they’re… well, bossy?

Could it be that boys are also called bossy for the same reason?

Indeed, through my investigation of the etymology of this word, I have not found even one slight bit of evidence to support the idea that “bossy” is or ever was an insult used exclusively against females.

And it’s patently foolish to pretend that males are always admired for their assertiveness. On the contrary, often people like Ms. Sandberg will call them “angry,” “chauvinistic,” “paternalistic,” “abusive,” “hostile.” The real problem is the precise opposite of what Ban Bossy supposes. The real problem is the continued emasculation of men, and the dedicated effort to eradicate every aggressive tendency in boys, even to the point of psychiatric medication.

This is a maneuver right out of page 1 in the Progressive Playbook. It’s a very simple play, really.

Want to prove your point? Easy, just come up with a thing that you want to be true, and pretend that is true. Then, when someone comes along and says, “hey, that isn’t true,” just call them sexist or racist. See? Simple as pie.

Specifically, simple as a pie baked by either gender, because women aren’t anymore likely to bake pies than men, you sexist pig.

Speaking of which, Ms. Sandberg builds her case by citing some startling figures:

Wait, women do 66 percent of the work in the world? Of all the work that is done, 66 percent is done by women? What does that even mean? What qualifies as “work”? I assume we aren’t just talking about paid positions here, particularly if we’re including poor countries where few people have jobs at all. So we must be referring to work in the general sense, which means “effort or exertion directed to producing or accomplishing something.”

So, out of all the exertions directed at accomplishing things in the entire world, 66 percent of it is done by women? Which means only about 34 percent of the men in the world are doing any sort of work? Fascinating. Out of the roughly 3.4 billion men on the planet, according to this figure, about 544 MILLION of them aren’t doing ANYTHING.

Two questions: how in God’s name did she come up with these figures, and why have I missed out on this sweet deal that so many of my fellow bros are apparently enjoying? How can you even calculate, down to exact percentages, something as broad as “work” done anywhere on the globe in any particular day?

Why am I harping on this? Because I’m tired of people just pulling numbers out of thin air, presenting them as fact, and using it to enforce some new progressive cultural dictate they dreamed up at a cocktail party one evening.

On the Ban Bossy website, we’re told that the “confidence gap” between girls and boys “starts early.” Then they hit us with this statistic: between elementary school and high school, a girl’s “self-esteem drops 3.5 times more than boys’.”

Hold on. WHAT? How can you possibly quantify some immaterial psychological concept like “self-esteem,” measure it, and then compare it, not just between two individuals, but between genders? What does it mean to say that one person has “more” self-esteem than another, and how can you assign numerical quantities to that perceived difference?

This is nonsense. Complete and total nonsense that cannot be supported, proven, shown, or demonstrated.

On the other hand, I’ll tell you one statistic we can measure: suicide.

If boys generally feel better about themselves, why do they commit suicide in astronomically higher numbers? Depending on where you look, US males kill themselves at a rate between 3 and 10 times higher than females.

I’m not saying women have it easy, but I am saying that, in this country, men kill themselves more frequently, end up in jail more often, and die sooner.

But, hey, at least nobody calls us bossy.

Except when people, you know, call us bossy. Which they do, just as often, along with a host of other unpleasant adjectives.

Here’s a suggestion: instead of telling us not to refer to them as bossy, why don’t we teach them not to be bossy? We concentrate so much on eradicating negative words while forgetting to address the behavior that the words describe.

Ms. Sandberg tells the harrowing tale of being labeled as bossy by a teacher in ninth grade. She says this experience damaged her emotionally and caused her immense grief. Poor thing.

A very tragic incident, no doubt, but one thought occurs to me: what if the teacher called her bossy because she was pompous, arrogant, and pushy? After all, this is the woman who would grow up and attempt to ban innocuous phrases from our vocabulary. It would appear, ironically, that her teacher has been vindicated.

Really contemplate the arrogance here. The propagators of Ban Bossy have universally declared, without a shred of proof or coherent reasoning, that the word “bossy” is sexist, and that it’s only used against girls, and that it causes self-esteem issues, and that it has some connection to the lack of female CEOs at Fortune 500 companies, and that the behavior typically described as bossy is heretofore considered acceptable and admirable, and that nobody is allowed to feel otherwise.

This is hubris so extreme it dances close to lunacy.

Finally, there’s one more idea that I can’t seem to shake.

I’m warning you, this one is bad.

Turn back now. I wouldn’t want to hurt your feelings and send you into a mental tornado of anguish that eventually ends with you becoming a chief operating officer at Facebook.

Ms. Sandberg cited the lack of female CEOs and politicians. She blamed this on girls having their self-esteem damaged by misogynistic words like “bossy.” Maybe she’s right. But maybe there’s another factor at work.

And what if — again, HUGE if — what if women are less likely to be outwardly aggressive because that’s just not a personality trait some women possess?

And what if — remember, massive, enormous if — what if we are all called to be leaders in some fashion, but there are different types of leaders? What if it’s actually a really horrible idea to try and force everyone to be Alpha dog, Type A personality, take-charge head honchos?

What if it’s insulting to women to label the scarcity of female CEOs as some kind of objective evil because it implies that becoming a CEO is a superior goal to which all people should strive? What if you’re not only criticizing society for erecting imaginary barriers to keep women out of the corner offices with the nice desks and the big windows, but you’re also insinuating that women who don’t want those things are somehow selling themselves short or shamefully submitting to the paternalistic structure of our male-dominated society?

And what if women are called bossy more often (if that’s even the case) because other women are the ones most likely to unfairly wield that term? What if the lion’s share of negativity towards women comes from women themselves?

What if the campaign to “Ban Bossy” succeeds in rationalizing the narcissistic attitudes of bossy people while also, yet again, shoving everyone into a certain box and telling them what sort of personality traits they ought to exhibit?

What if I’m at my wit’s end and I seriously can’t take another PC progressive assault on reason and vocabulary?

And, Dear Lord, what if Jeff Dunham jumps on board with this campaign? The four most annoying things in the universe, converged together to create an Apocalypse of Irritation, just as the prophecies foretold.

I shudder at the thought.

But I can’t tell anyone to stop trying to ban bossy.

That would be pretty bossy of me.

Facebook Twitter Reddit Pinterest
PREVIOUS COLUMN
The Great Homeschool Convention is coming up in two weeks
NEXT COLUMN
Pit bulls can maul children to death — but, hey, why should that stop you from owning one?