An inspirational message to the Haters of America 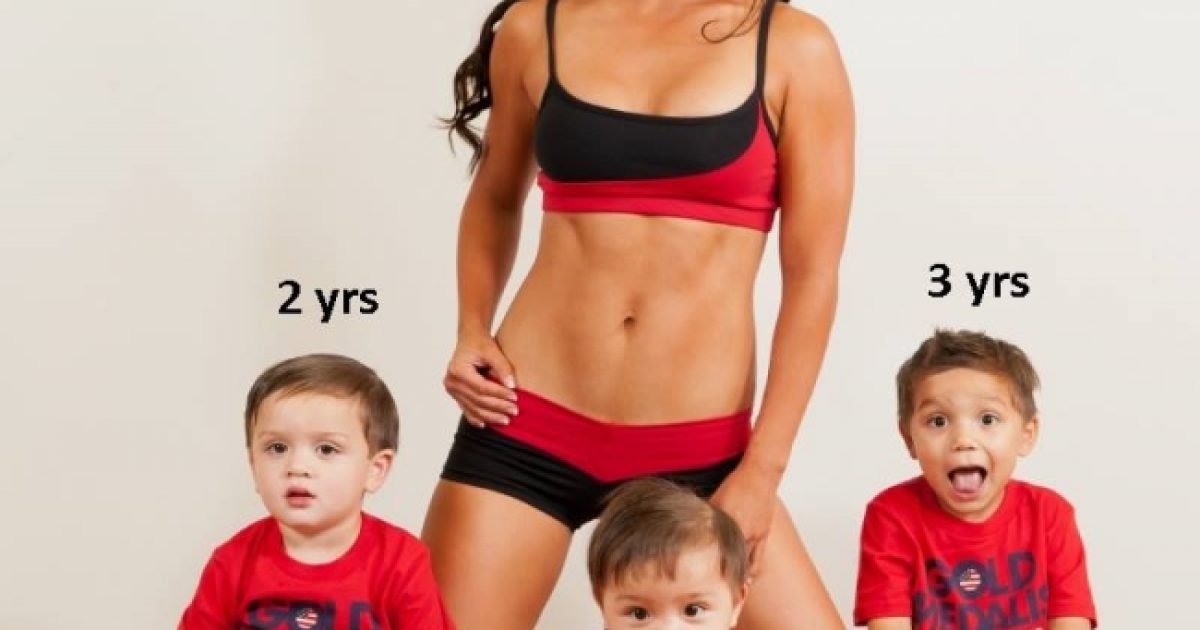 Hello. You’ve been pretty active recently. It seems every time I go on the internet I see you all, hard at work spewing your misery and envy. Does it get exhausting, Haters? Do you ever come home from a long day of relentless negativity and resentment, and just think to yourselves, “geez, I’m not sure that Hating is really worth all this energy”?

Let me assure you: it isn’t. When that tiny voice creeps into your head, when it whispers those doubts — listen to it. It’s telling you the truth. It’s pointing you back towards the land of the living, where humans charge out into the light, striving for greatness. It’s telling you that there’s more to existence than skulking in the shadows, grumbling and grunting like trolls; sneering at those of us who have made ourselves vulnerable to your barbs by actually trying to get things done.

I see you’ve been pulling double duty on this Maria Kang lady. Oh, she’s just the latest victim of yours; she’s the Hater Flavor of the Week. You’ll have a new one come Monday. But, for now, you’re attacking this woman and accusing her of “fat-shaming.” You’re calling her a “bully” and a “bad mother.” You’ve labeled her a liar and a fraud. You’re flooding her with hate mail (the only sort of mail you know how to send). And why? What has she done to spark your ire? Why have you summoned your legions against her?

Neither you nor I know very much about Mrs. Kang. I can’t speak to her character, and neither can you (but that won’t stop you). However, based on this image and the articles about her, we know she’s a woman, a wife, a mother, and she’s in extraordinary shape. We know fitness is one of her passions and she’s dedicated herself to encouraging others to take care of their bodies. She sees obesity as a major problem in our society, and she wants to do her part to address it. She thinks that if you want to improve your health, you have to stop making excuses and start taking control of your life. We know all of that because, well, she’s said all of that. It’s also the clear and unmistakable message any rational person would glean from that inspirational poster above.

Here are some things she didn’t say: “Fat people are bad!” “If you aren’t in killer shape, you suck!” “You should be ashamed of your body!” “Overweight people should be sent to forced labor camps!” I could go on. There are literally millions of things she didn’t say, as opposed to the very specific things she did say. Again, rational people listen to what a person actually says, rather than randomly fantasizing a conversation that never happened, and accusing the speaker of saying something that, likely, very few people in the history of the universe have ever said.

But you know that, don’t you?

You’re not really delusional, are you? You KNOW that Mrs. Kang was simply engaging in a little positive encouragement, and you still hate her.

Do you know how I became aware of this “controversy” over Mrs. Kang’s physical fitness? Because I’m apparently Facebook “friends” with a few of you. A couple of days ago, I started seeing people post links to articles about this whole kerfuffle. The commentary you wrote in regards to this story always had a similar theme. Of course you charged Mrs. Kang with being “insensitive” because she committed the crime of being proud of her accomplishments. But you also insisted that she didn’t really accomplish anything at all. You said she’s only in excellent physical condition because she’s “lucky” and she has the “right genetics.” She hasn’t had the same struggles and medical issues as you. “It’s easy for her to look like that,” you professed, caustically.

And this is where I must stop you, Haters. Be as thin-skinned, jealous, and spiteful as you like, but you have no right to take someone else’s successes away from them. You have no right to invalidate their achievements. You have no place. You have no standing. You have not the single, slightest damned clue as to what you’re babbling about. She had it easier than you? What genie from what bottle gave you the power to peer inside a stranger’s conscience and confirm that wild speculation? Are you sure she didn’t just work harder? Why have you ruled that possibility out entirely?

OK, put Mrs. Kang’s case aside for a moment. I want to address your overall outlook on life. I want to speak to this toxic demeanor you try to spread like an infectious disease through our culture.

It is this attitude that I detest. I hate it. I don’t hate you — I hate your attitude. I hate the attitude that leads a person to try and diminish the blood, sweat and tears of the strivers and achievers in our society. I hate the attitude that hates success. To scoff at another’s triumph is about the most anti-American thing you can ever do. You might as well decapitate a Bald Eagle while burning the flag and kissing the Communist Manifesto, because you have officially become the most un-American creature in the galaxy. You are standing on the sidelines and spitting on the people crossing the finish line, and I can’t think of a more detestable hobby than that.

It’s not about her six pack abs or her BMI. It’s not about HER, specifically. Not everyone wants to be, or needs to be, or has any interest in being THAT toned and fit. But nobody needs to be morbidly obese. Most of us could treat our bodies better, and ALL of us make too many excuses. That’s the point. Moreover, Mrs. Kang set a goal for herself and then she went out and grabbed it. How dare you sit back, behind that computer screen, hidden away in your houses, and attempt to belittle the WORK and EFFORT that went into it. Have you ever gone after a goal? Any goal? Have you ever put EVERYTHING you have into something? Anything? With that attitude, I’m guessing not.

Some people climb the mountains. Some people stand at the base and hope the climbers hit a loose rock and fall to their deaths. You seem to be in the latter group. Fine, you’re safe down there on the ground. It’s just that you’re not really alive, either.

Success comes in many forms, and the Haters of America despise it in all of its manifestations. It’s easy to look at someone who is wealthy, or fit, or happily married, or whatever other version of success, and quickly assume that these folks “got lucky.” But there’s a problem with that assumption: these things can’t be accomplished passively. These are the fruits of labor that you don’t see, and maybe can’t even fathom. You aren’t inside their minds to hear that voice telling them to give up, to give in, to stop trying. You can’t hear them fight with that voice every minute of the day.

Nothing is easy, Haters. Everything is earned. They have it because they earned it. You don’t because you didn’t. Deal with it.

It’s OK to have flaws. Lord knows, I’ve got ’em. I’ve got a massive surplus of flaws. I could be so much better — a better husband, a better father, a better Christian. I could be in better shape. Hell, I could be better at blogging. So I look at the folks who have achieved more than me in these areas and I use them for motivation. Hate them? How could I? I’m hiking the same trail, they’re just farther along.

Well, if Mrs. Kang’s Facebook photo didn’t change your mind, how ’bout this:

That’s Kyle Maynard. He’s a championship wrestler. He has no arms and no legs. What’s your excuse?

Or try this one:

That guy is missing the bottom portion of his body. He just climbed Mount Kilimanjaro. What’s your excuse?

Take a swig of your Hater-fuel and tell me how your excuse is more convincing than theirs. Go ahead, Haters. Tell me how the wrestler with no limbs has only made more of himself because he “got lucky.” Tell me how the elderly woman has an “easier” time staying in shape than you. Look how proud they are. Tell me they’re insensitive for being so sure of themselves.

Go ahead, tell me.

That’s what I thought.

But I called this an inspirational message, and I want to deliver on that promise. So here’s the good news: you don’t have to be like this. I’m not saying you should be a bodybuilder, or a millionaire, or anything else; I’m just saying you don’t have to hate success. When you see someone smiling proudly after hitting their target, you don’t have to respond with childish mockery and derision. You don’t have to feel attacked or insulted just because your neighbor is finding happiness and fulfillment in his chosen pursuits. You think your only recourse in the face of greatness is to try to discredit it, but you’re wrong. Your efforts are futile anyway, and they’re also wholly unnecessary. You only carry on like this because you’ve given up on yourselves. You’re running around knocking down sandcastles because you think you aren’t capable of building your own. But you can, my friends. You’re exploding with potential. It would leak out of your pores if only you’d uncross your arms and break a sweat. You can be great at something, I know it. Leave your Hating ways behind and take a step or two down the path to success. It won’t be easy, but the best parts of life are never the easiest parts.

You’ll go from Hater to Hated, and, trust me, you’ll never want to go back.

I don’t hate you. I love you, I want you to be happy and successful in whatever way you desire. I know you can be, I just don’t think you know it. Forget about Mrs. Kang. This isn’t about her, she’s just a case study. Congratulate her for what she’s been able to do, then set out to do what you want to do. But, she’s right about what she said: you’ll have to stop making excuses first.