An email from a proud deadbeat dad 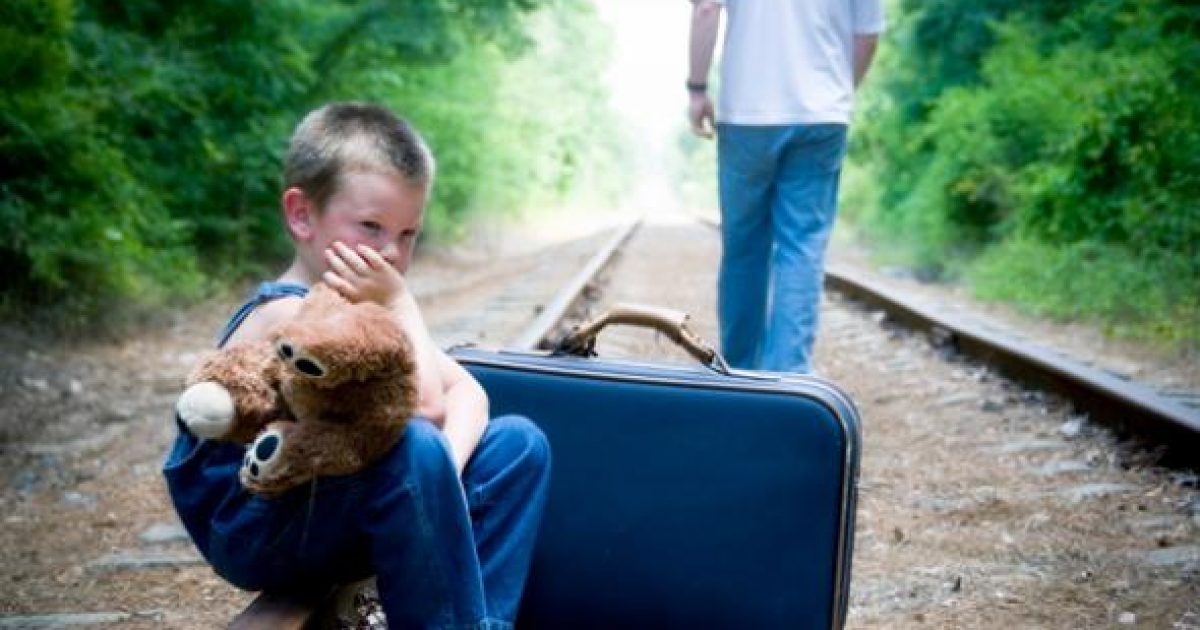 “Matt, I like some of the things you’ve written but your constant woman worship is nauseating. Again I hear you talk about how men should “protect and serve” their wives. F*ck that. You are everything that’s wrong with men in this country. I’ve had two women try to trap me with a baby. I told them to get an abortion (I offered to PAY for it) and they didn’t. That’s their choice. Am I going to ruin my whole life by letting them hold be hostage and forcing me to “serve” them? F*ck that. Those kids aren’t my business. I’m contributing to society in other ways. Monogamy might work for you because you’re a whipped assh*le but it doesn’t work for those of us who are actually trying to be happy in life. I like women so why would I resign myself to just one? No I’m not kidding or trolling. I’m just the guy who is willing to say what everyone knows is true. Your entire worldview is bullsh*t.”

I found that lovely gem in my inbox last night. A man with so much courage and character that not only does he abandon his children, but he brags about it anonymously on the internet. This guy, this boy, this pathetic wuss, brings a deep, dark, primal anger out of me. It scares me, actually. I was tempted to go full-schoolyard on him. I wanted to find his address, fly to his town, and deliver a Priority Plus Beatdown right to his door (free shipping and handling). But this didn’t seem very practical, or very Christian. Besides, unlike this loser, I have kids that I actually want to be around, and a prison sentence would make that rather difficult.

So, instead, I’ve decided to write a post to BW. But not just to him — I’d like to address all of his fellow deadbeats dads as well.

Sure, perhaps you might consider the thousands of messages I get on a weekly basis, and think it sensationalist of me to publish this one. After all, this man is in the minority, isn’t he? The vast majority of men don’t feel this way, right? These are ramblings from the fringe of society, aren’t they? This is one solitary troll, being inflammatory just for the sake of it, isn’t it?

I wish. I really do. But in the last few weeks, I’ve written about several topics — homeschooling, bullying, food stamps, stay at home moms — that have prompted hundreds and hundreds of emails from single mothers who, apparently, are quite familiar with Mr. BW and his ilk. In the past week alone, I’ve read over a hundred messages and comments from women who say they’d love to have the option to home school, but unfortunately the “fathers” (I use that term loosely) of their children decided to split town and leave them holding the bag.

This should come as no surprise. According to the Census Bureau, 43 percent of children in this country are growing up without their biological father in the home. In some communities — particularly among black Americans — that number pushes 70 percent.

I recently had an argument with an insightful fellow who informed me that poverty can be blamed on Wall Street, Walmart, and McDonalds. So I guess absentee fathers get a pass? The overgrown frat boys who fertilize these fruited plains with brokenness and abandonment somehow escape scrutiny, in favor of pointing the finger at faceless executives on the Forbes list?

Screw that. Way to take the easy road. It’s safe to blame rich people — most of us don’t hang out with any of them. It’s a little more dicey to chastise dudes like BW, because we might be friends with his sort. Hell, we might be his sort. Whether we want to face it or not, these gutless deserters deserve the majority of the blame. Forget the moneyed fatcat sitting behind his oak desk in his swanky office; our economy, our community, and our culture have been torn to shreds by the bigamist sperm donors who scamper like rodents into the shadows the second Responsibility comes knocking at the door. It would be extraordinarily difficult to overstate the damage these traitors have done to our nation, and, more importantly, their own families.

I understand that sometimes women are the ones who abandon their kids. This is a statistical rarity, but it does happen. And — before you send me the hate mail — I also understand that good, loyal, faithful men can be pushed out by women, against their will, and the courts will almost always award custody to the mother. A dad wrote me a few weeks ago and told me his situation: his wife was an adulterer, a liar and a drunk. After meeting someone else at a bar one night, she dumped him and shacked up with the other dude. He lost his kids in the divorce and was required to pay child support, which his ex-wife now spends mostly on luxuries for herself.

Awful. Incomprehensible. Tragic. I feel for these men. I know they are out there, and they are largely ignored. The System really is stacked against them, and they must fight tooth and nail for the right to even be around their own children. This is a horrendous injustice.

My message today is NOT directed towards those guys.

I am talking about, and to, the men like our friend BW. The men who live their lives by his code, even if they wouldn’t come out and actually say (out loud) what he wrote to me.

“Those kids aren’t my business.”

“I don’t want to be trapped by a child.”

Our society won’t tell these men to feel shame, because we’re trying to protect our own delusions. We’re dedicated to the lie that fathers are expendable and interchangeable, and we are committed to the faulty narrative that says there is no such thing as an “ideal family structure.” But shame is PRECISELY what they should feel. Not just shame — remorse, guilt, fear, regret, sadness. If you CHOOSE to leave your children, you SHOULD feel all of these things.

I know you do. You can’t escape that nagging emptiness that eats you from the inside and whispers to you in those quiet moments. Maybe, now, while you’re young, you can drown out that voice and clog up that hole. But one day you’ll be too tired and too beaten to expend the energy it takes to lie to yourself every second of the day. And, when that day comes, you might try to track your children down and “reconnect.” You might try to burst into their lives with all of your misery and emotional chaos, and ask them to give you a hug and forget about a lifetime of abandonment and betrayal. But guess what? They won’t be able to. You won’t be their father anymore. You won’t be anything to them but an old, broken stranger. A stranger surrounded by strangers. This is, inevitably, how the story ends for anyone who lives their entire life fleeing from committed, healthy relationships.

There are no excuses. There are no exigent circumstances that justify a man willfully driving off with his family left on the side of the road. Oh, you were depressed? You were scared? You felt like you were too young to “settle down”? You didn’t “know how to be a dad”?

You claim you “like women” too much to “settle” for just one? That’s a lie. You don’t like women, nor do you desire women, nor are you attracted to women. You want an instrument; a mechanism for your pleasure and gratification. This is not the same thing as wanting a woman. A woman is a total being, and if you do not want the total being, then you do not want a woman. You are asexual. You are only attracted to a feeling, and you don’t care how you achieve it, or what the consequences might be.

Selfish, asexual cowards. Those are some ugly shoes to wear, but they fit, so put ’em on. I’m sure it’s easier to saunter around like that than it is to walk a mile in the shoes of the children you’ve abused and the women you’ve used. Yes, you’ve abused your children. You’ve abused them in the worst way. I’ve never experienced abandonment, but even I know that it digs into your soul like a spiritual parasite. It burrows into you and damages you in ways that no fist or belt or broom handle ever could. You never hit your kids because you were never close enough to make contact. But you did, literally, everything you could to ruin them. You are an abuser. You are an abuser of children. And, tragically, you’ve increased the possibility that your daughter will grow and end up in relationships with men like you. And you’ve put your son on the path towards being a man like you. God willing, they’ll overcome that fate and break the cycle, but they’ve got a tough road ahead. With their mother’s love and the grace of God they can still be happy, successful people — no thanks to you, pops.

So have fun. Enjoy yourself. The rest of us will continue to clean up after you. But when the music stops and the party’s over, and you try to come crawling back on your hands and knees, you can’t say you weren’t warned.