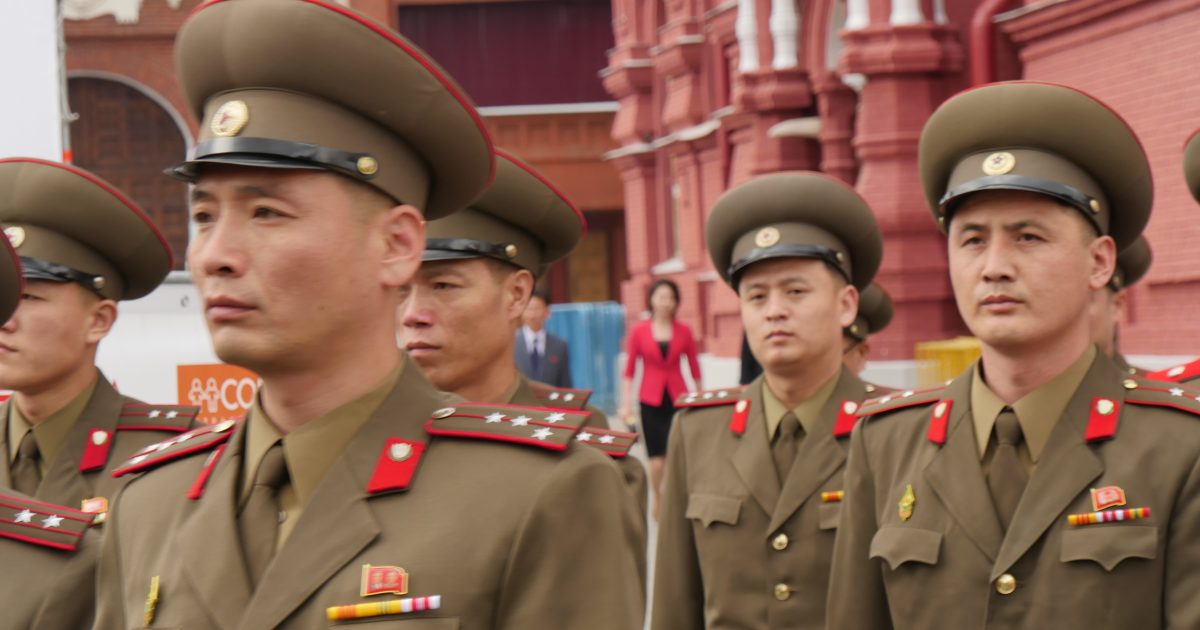 As has now been well documented, the leftist media has not been able to contain their fawning admiration for North Korea. Some major outlets like CNN, The Washington Post, and ABC have raved that Kim Jong-Un’s sister (Kim Yo-jong is her name), and a group of North Korean cheerleaders, have “stolen the show” and grabbed “the spotlight.”

NBC squealed that North Korea’s cheer squad (the “army of beauties,” as The New York Times referred to them) has been “so satisfying to watch.” Reuters claimed that North Korea has “won the gold” for “diplomacy” at the games. The Times, infatuated with Yo-jong’s smile, said that the U.S. has been “outflanked in diplomacy” by the communist regime.

Michael Moore proclaimed his “love” for the “F Trump” attitude displayed by the North Korean contingent. Yo-jong was dubbed “the Ivanka Trump of North Korea,” and many regular Twitter users reacted with glee when they noted the “side eye” and “shade” she threw at Mike Pence during the opening ceremony. A beaming Think Progress summed it up this way: “North Korea’s charm offensive is working.”

Rather than simply yelling at the media for being so gullible and stupid and morally deranged, I thought it may be more worthwhile to list a few important and terrible facts about the world’s most reclusive state. In case anyone else is at risk of being taken in by North Korea’s “charm offensive,” it may be wise to keep these things in mind:

1) North Korea has actual concentration camps that are as bad as, if not worse than, Nazi death camps.

Hundreds of thousands of innocent men, women, and children are imprisoned and enslaved in these hellholes. The stories told by the few survivors who have managed to escape are horrific. They are beaten, stoned to death, starved, raped, tortured, and mauled by dogs. Sometimes they are forced to kill each other for the amusement of the guards. Prisoners eat rats and insects in order to stay alive. Pregnant women are forced to kill their own babies. About a quarter of the prison population dies every year, either from disease and starvation or execution.

2) While Kim Jong-Un grows ever fatter, his people are starving.

Over 70% of the North Korean population is undernourished or starving. Rather than make sure that his famished subjects are fed, Kim Jong-Un spends a quarter of the nation’s GDP on his military and nuclear arsenal (North Korea has threatened many times to destroy the United States with said arsenal). And the starving citizenry must worry that its already meager rations will be stolen by marauding soldiers, who are given carte blanche to loot as they please.

Meanwhile, as most of the country lives in literal darkness without electricity, the pudgy dictator invests more and more money into building resorts and amusement parks for himself.

3) North Korea is the world’s worst oppressor of religious minorities.

About a quarter of a million Christians have gone missing in North Korea over the years, and currently there are around 50,000 languishing in prison camps. Communist countries never have any tolerance for religion, and North Korea is far from an exception to this rule. Christians fare the worst because their faith is considered foreign to Asian culture, so the small community of believers in the country are forced to meet and worship in secret.

If they are discovered, they face not only political imprisonment but summary execution, enslavement, torture, and rape. In some cases, Christians have been tossed off bridges, trampled, crushed by steamrollers, and crucified.